The Kraine Theatre is one of the most well known downtown venues featuring Off and Off-Off Broadway productions year round.

The raked rows, wide center aisle and 12' ceilings give The Kraine Theater a sense of spaciousness while the 22" x 16" Proscenium Stage, with downstage curtain offers an intimate setting.

The space is equipped with a sound package that includes a Behringer Eurorack USB2442FX-PRO (an 1/8" jack is provided for your computer or other mp3 device), two 12" JBL house mains, and one stage monitor that can be places anywhere on stage. There is also a booth monitor for the tech booth to hear the stage well.

Additional amenities include air conditioning and projector/screen rental. The KGB Bar is on premises; drinks are permitted in the theater. 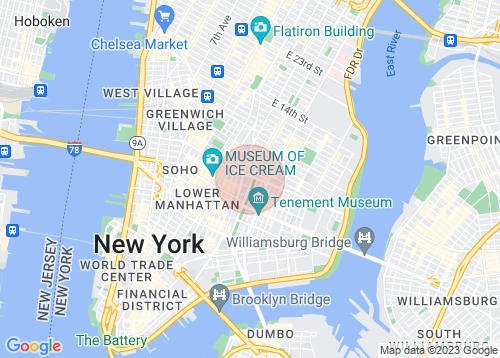